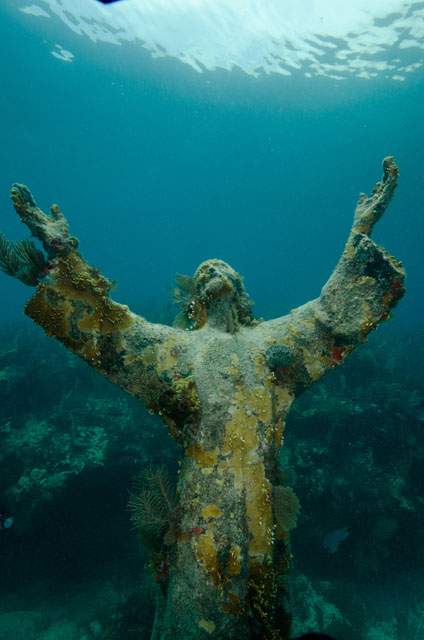 The Florida Keys is the third largest barrier reef in the world, and the only living coral reef in the USA, and Key Largo is know to be the Scuba Diving Capital of the World. John Pennekamp Coral Reef State Park, and then with the designation of the Key Largo National Marine Sanctuary in 1975, Key Largo has been protected from spearfishing and coral collection for four decades. Now, as an integral portion of the 2,800-square-nautical-mile Florida Keys National Marine Sanctuary, Key Largo features six unique Sanctuary Preservation Areas.

Statue of Christ of the Abyss - This famed bronze statue standes 9 feet tall and rises so close to the water's surface that it can be easily viewed by snorkelers as well as divers. The statue is nestled between the coral formations of Key Largo Dry Rocks reef in just 25 feet of water. The statue is one a three made by an Italian scultor Guido Galletti, and was donated to John Pennekamp Coral Reef Park in 1966. 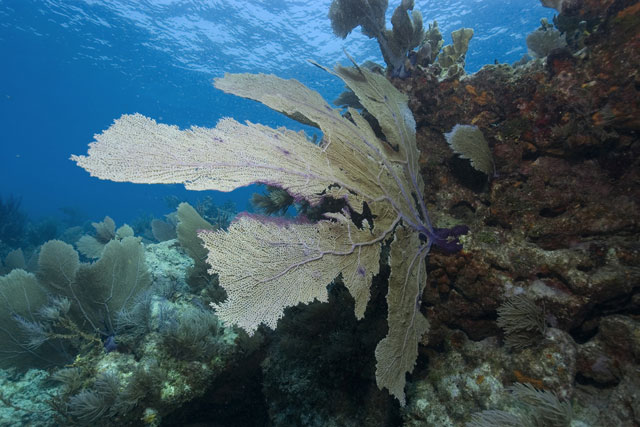 Benwood Wreck - A casualty of World War II, a British built steel hull 360 feet long and a 51 foot beam. This shipwreck is now home to huge schools of grunt and porkfish and is a good swallow wreck for all levels of divers.

The Elbow - This reef offers several historic shipwrecks, as well as the thrill of face-to-face encounters with friendly moray eels and barracuda.

Bibb and Duane - These twin 327-foot US Coast Guard cutters were sunk intentionally about a quarter mile apart in about 120 feet of water, as dive attractions in 1987 and now are virtually cloaked in colorful coral and large Barracudas and Permits schools can be seen on the wreck.